Viktor A. Theiss specializes in all aspects of domestic relations litigation, including divorce, custody, modification, child support, paternity, prenuptial agreements, probating of wills and will contests. Additionally, Viktor has been appointed by the Probate and Family Court as a Guardian Ad Litem in divorce and custody dispute matters.

Prior to joining Casner & Edwards, Viktor was a prosecutor at the Suffolk County District Attorney’s Office and was twice promoted; first, to Supervisor of the Roxbury District Court, and then, to Deputy Chief of District Courts where he was responsible for nine District Courts and over 50 assistant district attorneys.  He was featured as part of the BBC documentary “Boston Law” that aired on Frontline in 2000.

After more than six years as a prosecutor, Viktor was appointed as the Deputy Superintendent of the Suffolk County Sheriff’s Investigation Division.

Viktor attended the University of Michigan and graduated with a Bachelor of Arts with honors in political science and history.  He received his J.D. from Northeastern University School of Law. 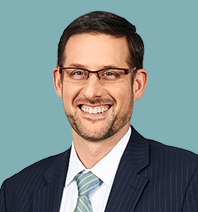