Scott has had a long and successful public service career as a public defender, civil rights attorney, Middlesex District Attorney and Massachusetts AG. While AG, Scott was recognized as a national leader. Not only was he the elected President of the National Association of Attorneys General (NAAG), he was also recognized for being one of the first AGs to sue the tobacco manufacturers on behalf of children and public health, and for his pioneering use of Chapter 93A to promulgate hand gun safety regulations. Other major consumer and public protection initiatives include the Hospital and HMO Community Benefit Guidelines, the Elder and Disability Protection Projects, and the SCORE Conflict Resolution and Safe Neighborhood Initiatives against urban and family violence, white collar crime, public corruption, and insurance and health care fraud.

From 1999-2002, Scott served as President and CEO of Common Cause, the national nonprofit citizens’ lobby, public interest advocacy and government and corporate watchdog group, founded by John Gardner in Washington, D.C.

Since his return to private practice, Scott has continued to be involved in public policy reform. He served as the head of Governor Romney’s Commission on Corrections Reform (2003-2005) and as a member of the SJC Court Management Advisory Board (CMAB). He was also chair of the Blue Ribbon Commission on Public Pension Reform, vice-chair of the Ethics Resource Center, chair of the SJC Task force on Hiring and Promotion in Probation, as well as in the Judicial Branch (2010-2011), and chair of the Advisory Board of the Rappaport Center for Law and Public Policy at Boston College Law School.

Scott has authored numerous articles on topics in the field of corporate and nonprofit governance and regulatory strategies. He regularly speaks to state and national business groups, industry associations and legal, business and college audiences. Scott often appears in the national media and routinely appears on New England television as a commentator and news analyst. 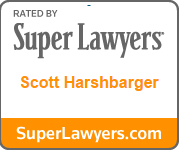 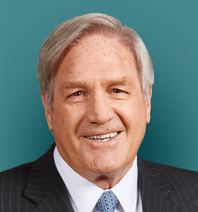