Skilled Nursing Facility Receiverships: John is counsel to the Receiver of 13 skilled nursing facilities in Massachusetts in six state and federal cases.  As counsel, John advises the Receiver on financial and operational restructuring, asset sales, and regulatory matters including transfers and facility closures.

Skilled Nursing Facility Restructuring: John has represented owners of skilled nursing facilities in the restructuring of their financial obligations, and operational and financial turnaround.

Quincy Medical Center, Inc.: As lead counsel in the Chapter 11 bankruptcy case of this acute-care community hospital, John counseled the client in completing the sale of the hospital to a for-profit company in 90 days, and confirming its Chapter 11 plan.

Boston Biomedical Research Institute: As insolvency counsel, John assisted this independent research institute in the orderly wind-up of the operations, in which the secured bondholders and other creditors were paid 100%.

Hebrew College: John represented Hebrew College in the successful restructuring and refinancing of its bond debt, and the sale-leaseback of its campus facilities, a series of transactions which stablized the College's financial future.

Joe Tecce's: John represented this restaurant, an institution in Boston's North End, in the restructuring of its real estate holdings and its bankruptcy liquidation.

Sunset Partners/Bema Restaurant Group Corp./Everest Crossing: John represents the Chapter 7 Trustee of these restaurant holding companies in the liquidation of their restaurant operations, including the sale of liquor licenses for locations in Boston, Cambridge and Brookline, Massachusetts.

Cashman Equipment Corp.: Counsel to the Official Committee of Unsecured Creditors in the Chapter 11 cases of an international barge company in which the confirmed plan provides for 100% dividend with interest to unsecured creditors.

Tellos: John represented the Official Committee of Unsecured Creditors of this Boston fashion retailer in its successful Chapter 11 reorganization.

John is part of the Casner & Edwards team that represents a real estate investment holding company and its affiliates. Over the last several years, he has represented this client group in a variety of transactions, including sales, refinancings, and other restructurings. 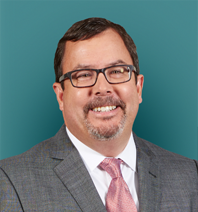