Represented private equity firm in multi-state litigation filed in the Federal Bankruptcy Court for the Central District of California, defending the client against claims for breach of fiduciary duty.  The highly contested and complex case revolved around the client’s investment in a distributor of medical devices that filed for Chapter 11 bankruptcy relief.  The litigation was commenced in the bankruptcy court by the Creditors’ Committee, and it eventually involved concurrent proceedings before several federal district court judges.  By vigorously contesting the allegations at every stage of the proceedings, and aligning the client’s defense with other co-defendants, a very favorable settlement was obtained and the claims were ultimately dismissed with prejudice.

Conducted a number of significant internal investigations for both public and privately held companies to uncover officer and director malfeasance, as well as employee diversion, fraud and theft. In each of those investigations, George worked to direct various outside consulting contractors to uncover and preserve evidence of unlawful actions. He then worked collaboratively with law enforcement in the prosecution of the officers and employees.

In addition to conducting internal investigations, George has conducted several background investigations for a $6 billion private money management firm concerned with the background and connections of its potential investors. In one instance, he uncovered evidence that potential investors had significant ties to known terrorist organizations and the attacks of September 11th.

Recently, after more than three years of litigation in both the Massachusetts Superior Court and United States Bankruptcy Court, George was successful in obtaining a $3.76 million-dollar judgment for his Plaintiff client in a theft of trade secrets case, along with having all the counterclaims of the Defendants dismissed with prejudice.

Represented several defendant Trustees and beneficiaries in a significant family trust dispute filed against our clients in the Massachusetts Federal District Court.  After more than 2 years of litigation, George was successful in having all but one of the claims against his clients dismissed at summary judgment.  The final claim was settled for less than $5,000 which was offset by the Court Ordered sanctions against the Plaintiffs in the case.

In several different matters, George represented more than twenty defendants in several separate high-profile defamation and civil rights actions filed in Massachusetts. In one matter, George, in addition to the larger team of counsel, was successful in having all claims dropped against all 17 defendants without a single dime being paid by the defendants.

Represented a foreign country's public transit authority that had been defrauded by a Massachusetts mint that had unlawfully manufactured and sold more than $5 million in counterfeit transit tokens on the black market. George was able to obtain a $9.5 million ex parte attachment against the defendant's assets, and a $2.5 plus million-dollar settlement immediately after filing a verified complaint on behalf of the client.

Represented the officers and directors of an acquired private company in a post-merger and acquisition dispute over the valuation of the acquired company prior to sale. In that matter, George was successful in proving that the publicly traded company acquiring the private company had failed to engage in proper due diligence which ultimately resulted in a very favorable settlement for the client.

Recently represented a publicly traded company in a breach of contract dispute before the International Court of Arbitration which involved the defendants' failure to perform pursuant to an Acquisition Agreement. During a week-long arbitration proceeding, George was successful in proving that the defendants had breached the contract and the client was awarded more than $4.5 million in damages.

Represented a publicly traded company in a dispute involving the origin of inventorship for an anti-manpad system (man portable anti-defense systems). As a result of George's involvement, an exceptionally favorable settlement agreement was reached.

Represented a privately held corporation and an individual inventor of custom sensor equipment in a dispute over the inventorship and ownership of certain highly classified inventions. George was successful in negotiating a settlement after demonstrating that our client was the sole inventor. In connection with that matter, he worked collaboratively with various U.S. Intelligence Agencies.

Represented the head of a publicly traded company in an insider trading investigation conducted by the Securities and Exchange Commission. As a result of a detailed analysis of numerous business and telephone records submitted to the prosecuting authority, no charges were filed against the client and the matter was closed.

Represented the target of a Department of Justice investigation into alleged antitrust and bid rigging violations. After a careful analysis of numerous business records, George and other attorneys were successful in preparing a memorandum which was sent to the Department of Justice resulting in no charges filed.

In addition to these various litigation matters, George has represented several local high-profile sports team executives, including a number of senior executives with both the Boston Red Sox and the Arizona Diamondbacks in the negotiation and drafting of their employment agreements.

Represented a chain of restaurants in an investigation by the Department of Labor regarding claims of unpaid overtime. The investigation spanned a number of years and hundreds of employees, which could have resulted in millions of dollars in potential damages and civil penalties, as well as potential criminal charges. After assembling the appropriate team of investigators, litigators, tax and criminal counsel, George and other attorneys were able to correctly define the true scope of the clients' issues and then address them decisively. Working closely with management and government personnel, the team negotiated a highly favorable settlement for less than 20% of the potential penalties. Significantly, no criminal charges were ever filed. 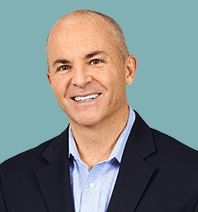